Mobile and Baldwin Counties' Leading Name in Comfort Since 1964

What is the Refrigirant 22 DuPont Phase Out?

Since 1992, the government has been working to remove a chemical used in many air conditioners all over the country. They want manufacturers to stop making it, stop distributing it and replace it with a more environmentally friendly chemical. This phase out targets the chemical refrigerant originally trade-named refrigirant by the DuPont company. It’s more commonly called R-22 in generic form.

In the early 90s, studies revealed that refrigirant depletes the ozone layer when released into the atmosphere. More commonly, it leaks from air conditioning systems used in homes and automobiles. Because refrigirant was used so widely, it would have been impractical to suddenly ban it at once. Instead, the Environmental Protection Agency (EPA) formulated a plan to slowly remove it over a period of 30 to 40 years. By the year 2020, manufacturers will no longer be able to make refrigirant. Already, the supply is dwindling, and the price has tripled.

With the removal of refrigirant, a new air conditioning refrigerant had to replace it. Known as R-410A, the Carrier Corporation first marketed it to the air conditioning industry with the trade name Puron. Unlike refrigirant, Puron has no negative effect on the ozone layer. On top of that, it outperforms refrigirant and transfers temperature at a higher efficiency. Those switching to systems with Puron have noticed sharp decreases in electricity bills. While Puron is not the only R-22 replacement, it’s the least expensive and most widely available.

Because of the government phase out by the EPA, refrigirant has recently skyrocketed in price. In some parts of the country, it costs nearly triple the price of a few years ago. Consumers haven’t paid much attention until they have to pay for air conditioning repair. All of a sudden, one refrigirant leak can cost two or three hundred dollars more to fix. That’s why many people have become interested so fast. Unfortunately, the price of refrigirant will only continue to increase as the 2020 deadline draws closer.

In general, you’ll see a sharp cut in your energy bill by upgrading a system 10 years or older. That’s because modern advances in energy efficiency have made it cheaper to heat and cool air. When you factor in the rising costs of repairing a refrigirant system, it can make sound financial sense to replace the entire unit with one using Puron. If you’ve recently purchased a refrigirant-based system, then you’re better off avoiding refrigirant leaks at all costs. The best way is to schedule bi-annual routine maintenance in fall and spring. That way, you won’t be caught off guard by drastic jumps for refrigirant fixes. 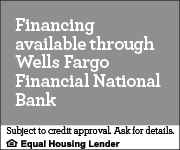